The WordPress.com stats helper monkeys prepared a 2012 annual report for this blog.

I just posted another article on the new site. So – if you wanna stay in the snarky dating loop…. come join us at:

The lovely and talented Tyler Fake-Last-Name has fixed my new website, so that people can now subscribe!

You WILL have to subscribe again on the site, even if you’re currently subscribed to this one. Sorry, boo.

Go to the bottom right-hand side of the page to sign up and get e-mails alerting you to new posts.

So – stop reading here – get on over there and do it!

I’m going to completely STOP posting on this site on Valentine’s Day. So – come join our super cool club, and stop coming to this one.
It’s SO 2012…. pshyah….

With a teaser like THAT,…I don’t know WHY you’re still HERE.  🙂

As of today… (So, shoot me…it wasn’t January 1st…), I’m officially moved over to my new website!

IF you have an RSS feed, you WILL NEED TO RE-SUBSCRIBE on the new site.  It’ll only take a few seconds, I promise.

If you do NOT have a subscription…..why the heck NOT?  No more wondering if you’ve missed a post or if there’s anything new… it’ll conveniently come right to your e-mail!

Can’t wait to see you there!

As I said yesterday, I polled several friends on the question I received through my website.

And as he’s often wont to do, Raul wrote down some of his thoughts/reactions.  I appreciated them, so I thought I’d post ’em.

“Sarah, what is your perspective on dating before the ink is dry on the divorce papers. It has been a year since the decision to divorce was made and I have been living on my own for five months now. I’m worried that answering “separated” on my dating profile will get me overlooked. Answering “married” will most likely come off like someone trying to cheat. However answering “single” might end up backfiring when you eventually have to tell your date it isn’t official yet. Am I just over-thinking this or should I just wait till I’m officially divorced before pursuing any new relationships?”

I think this question is a lot more than what, on the surface, seems like a commandment-against-adultery issue.  It is a broader moral question that goes right to the foundation stone of all relationships – trust.

One thing that absolutely infuriates people is when one person in a relationship, knowing that they are or soon will be exiting that relationship, begins to secretly build a second one before the first has ended.  Is the current scenario so far removed just because the two original parties to the relationship have decided to call it quits?  Or because they have initiated some formal legal process?  Or because they have moved out to separate homes for some length of time?  Even though the facts are different on the surface, I believe the heart of it is the same.  Why?  Because “separated” is a misnomer.  Marriage, like pregnancy, is a binary proposition – you either are or you are not.  So let’s be honest about what “separated” really is:  unhappily married.

When you begin a secret second relationship while you’re married, we call it cheating…but just because someone starts a second relationship openly, in the light of day, doesn’t mean that the original marriage vow doesn’t exist.  It’s still infidelity (from the Latin fidelis, meaning faithful, loyal).  That infidelity is both a betrayal of the spouse as well as being unfaithful to the seriousness of your own promise.  The only difference about doing it openly is that you’re more honest and forthright about your willingness to break the vow.  Think about what that says about you to other people.

Ask your reader to put the shoe on the other foot – would he be impressed by a girl that marked ‘single,’ then revealed on the first date (or sometime later) that well, she’s actually married?  Probably not.  Would he find someone trustworthy that marked ‘separated,’ knowing that she didn’t take her marriage vow seriously enough to keep from dating before it had been truly dissolved?  I hope not.  If he were single would he consider dating a girl who marked ‘married’?  Never!  So if he wouldn’t like those qualities in someone else, would the right potential girlfriend value those qualities in him?

Now let’s think about this shoe-on the-other-foot scenario another way:  What are we searching for in a life partner?  Someone good.  Good down to their bones, not just someone who starts off seeming like a good thing.  So let’s stipulate that a good person is someone who recognizes and does – or certainly tries to do – the right thing in any given situation.  And what do we know about doing the right thing?  That doing the right thing is not always doing the easy thing.  In fact, you can often tell the right path by the very fact that it is harder.  The right thing is getting divorced before you start to date someone else.  Is it harder? Of course it is.  But that only bolsters my conviction that it is, indeed, the right thing to do.  The kind of person she should want to start a new relationship with is not the kind of person that will want to start something with a [happily or unhappily] married person.  I hate to say it, but unless he does the right thing and divorces first, he will most likely attract people who: 1) do not truly, deeply take marriage vows (and the trust that those relationship commitments are based on) seriously, and 2) do not place a high priority on other peoples’ goodness – their willingness to try to recognize and do the right thing.  The best girls out there will want to date someone that is truly single, and who strives to do the right thing…Why? Because they don’t want someone that is all- too-easily tempted to do the wrong thing (Like cheat!  See how it all goes in a circle here?).

OK, we’ve identified the right thing – If you want to start a new relationship, you should be single first, and that means getting un-married.  If both parties are truly serious about divorce (as opposed to even entertaining the possibility of getting back together), it’s tempting to say something like, “Just get it done already.  People let these things drag on for so long, and to no purpose.  Get. It. Done.”  But divorce is a complicated, many-faceted thing, and it is beyond the scope of this reader’s question to go into how, why, and whether such matters can be expedited, or done less expensively, etc.  Suffice it to say that each divorce is different, and contains a great deal of emotional processing that takes place outside the confines of a contract to divvy up various assets.  In the worst-case scenario, one ends up in a messy, protracted divorce proceeding.  Some might argue that that in itself is reason to let yourself begin something new – who knows how long ending the first relationship might take?  But would you want to begin a relationship with someone embroiled in that drama?  Of course not.  And if you’re the person in that drama, do you honestly believe you’d be a good relationship partner for someone else?  The fact is, doing so would be a selfish act:  Although you might feel better by starting a new relationship with some nice guy, you ultimately do a disservice to that person by sucking them into the maelstrom of your divorce.

Too long?   Then here’s my summary (which, of course, is also long):

1)     The reader should not be on a dating site.  Period.  Full stop.  I know – it’s so harsh!  But don’t think about it through the lens of what you’re giving up (all those smokin’ hot women with kitten pics!), think of the rewards he gets, instead:  1) He rewards himself by not giving in to temptation breaking his original vows.  Once you break them, you can’t go back – even if you’re the only one who knows – so why tempt yourself?  2) He rewards himself by not putting the divorce negotiations in a precarious position (in a bitter dispute, the wife’s knowledge of the dating could be used as leverage to alter key points – money, property, and especially custody arrangements, etc. because the adultery here [real or potential] casts him in a questionable moral light). 3) By not dating yet, he rewards himself by avoiding the bad girls – those who don’t value trust – because whoever he dates now won’t care about the fact that he is [unhappily] married (however handsome/charming/etc. she might otherwise be).  4) He is doing himself a favor by creating an impetus to finalize the divorce.  The sooner that ink is dry, the sooner he can begin to search for something new – think of it as a reward for doing the right thing.  And he will be attracting better women because of it – another reward!  5) He will also have the quiet pride of knowing that he did things the right way, in the right order – and that has a value all its own.

2)     If the reader insists on dating-while-separated, then the reader MUST state on his profile that he is married or separated, because that is the truth and anything else is at best a lie, at worst a gross and willful misrepresentation of the facts.  He is still married in the eyes of God and Man, and even if some people don’t care about the former, the latter still has plenty of repercussions on its own.  There is a social stigma attached to dating outside of marriage it for a reason!  (ex:  Would he want his kids teased at school because of it if gossip got out?)

3)     There is nothing wrong with meeting new people, building friendships, and socializing.  That is not out-of-bounds.  But the intimacy of a relationship – particularly the physical intimacy of holding, touching, kissing, and loving someone – should be built upon a solid foundation.  If you’re still married (however much you’ve managed to diminish the value of that marriage in your own mind), you are definitely NOT building on a solid foundation. 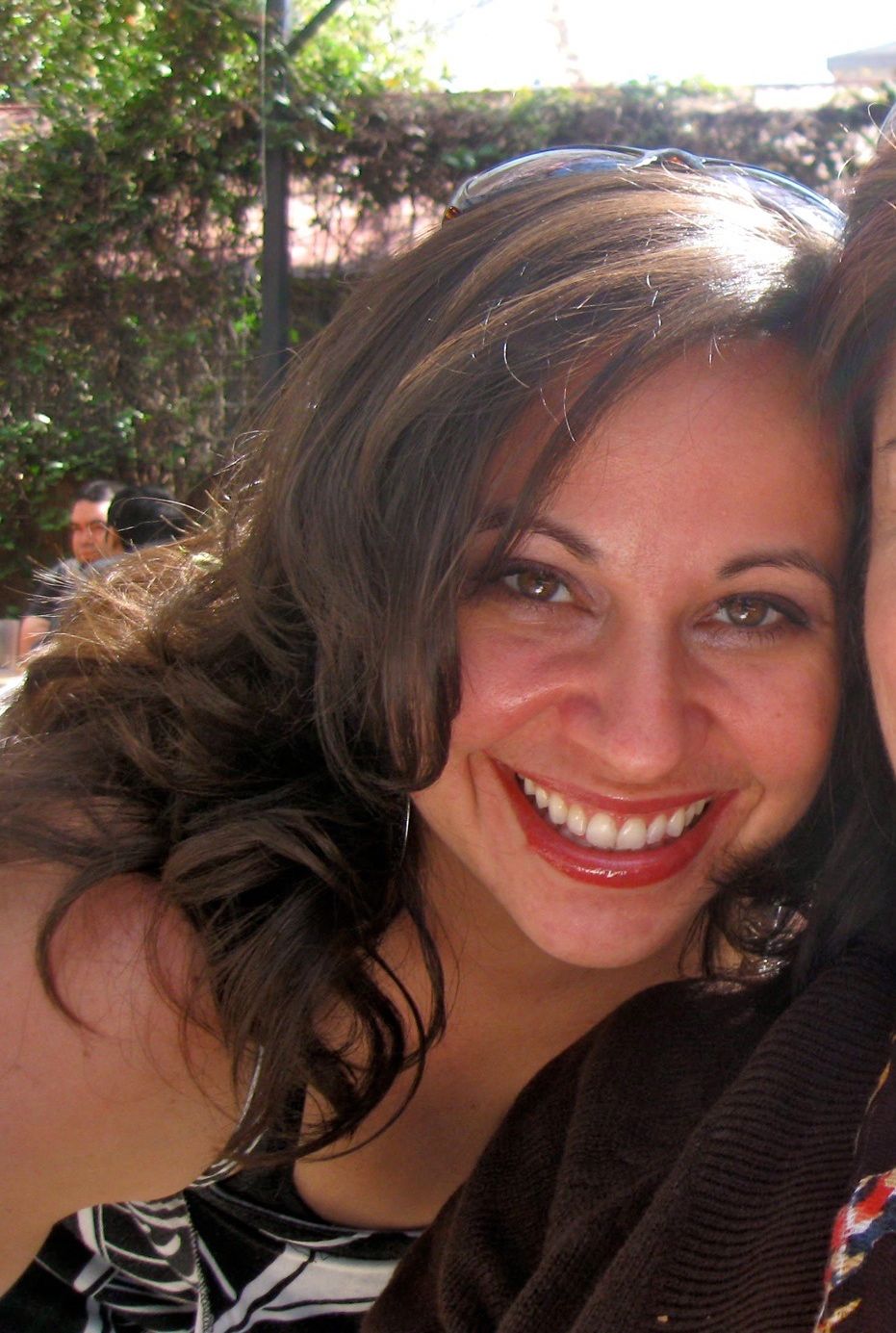